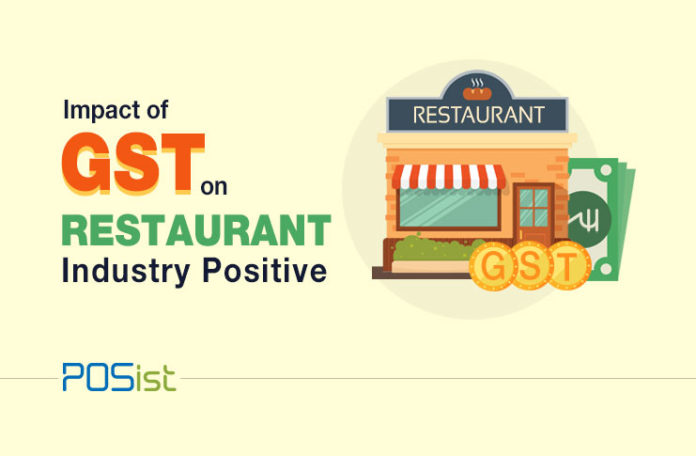 It has been almost 9 months since the GST was implemented nationally on the 1st July 2017. So far, there have been quite a few revisions to the GST rate structure that had been initially imposed leading to a lack of clarity on the regulations. A leading assurance, tax and advisory firm, Grant Thornton India conducted a survey in Mumbai and Bengaluru about the GST impact on the restaurant industry.

The survey, titled ‘Bon Appetit Emerging trends, opportunities and challenges in Indian restaurant industry’ was based on findings from restaurant owners and Key Managerial Personnel. According to the survey, the restaurant industry in Mumbai and Bangalore feels that the impact of Goods and Services Tax (GST) has been affirmative, but lack of exactness on governance remains a major fence.

GST Impact On the Restaurant Industry

More than 70 percent of the restaurant owners in the two cities believed GST is a positive decision for the industry, while 68 percent businesses felt it will ease compliance since it is backed by technology.

Commenting on the industry, Dhanraj Bhagat, Partner, Grant Thornton India LLP said, “The Indian Restaurant industry has evolved and grown significantly over the past two decades and continues to grow at a steady pace. This can be attributed to the changing demographics, increase in disposable incomes, urbanization and growth of organized retail. The market is highly segmented on account of varying income levels and age bracket of the population. It can be said that ‘there is a restaurant which meets the needs of every individual in the country.”

For the buildup and success of restaurants, quality of food has emerged as the critical factor followed by location and appraisal. This is reflected in the consumer preference for healthy food.

In Mumbai, having organic food is more important than concerns related to pricing and cuisine preference, while affordability was highlighted as the key emerging trend in consumer preferences in Bengaluru.

Meanwhile, the respondents said pan-India or regional expansion was the primary strategy for growth.

In Mumbai, respondents said global expansion and cuisine addition are two other crucial strategies for increasing footprint. Mumbai’s preference for global expansion appears to be driven by the expectation of funding from Private Equity firms and cuisine addition from the availability of internal accruals, promoter fund and/or bank loans, whereas Bangalore sees bank loans as the primary source of funding for pan-India and regional expansion.

A comparison was also drawn between the demonetisation, which also had a significant impact on the restaurant business. Bengaluru felt the impact of demonetisation more as compared to Mumbai.

‘Cash is still a predominant mode of payment and accounts for 20-30 percent of receipts in a restaurant. M-wallets have just started picking up and account for 4-5 percent of the collections,’ the survey revealed.

FSSAI to Shut Down Restaurants Operating Without the FSSAI License