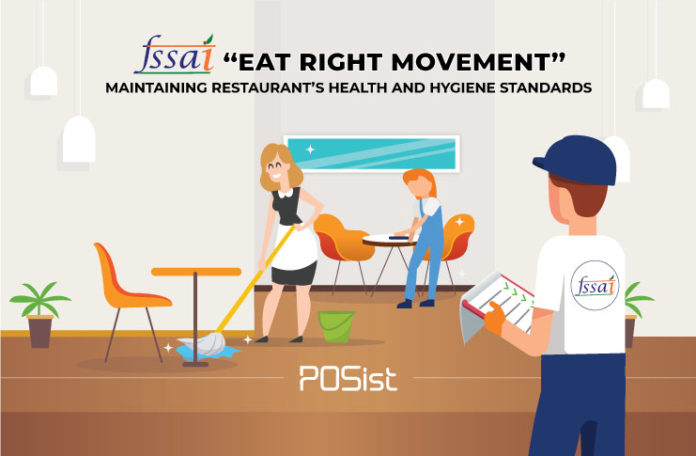 In August, the Food Safety and Standards Authority of India (FSSAI) launched the “Eat Right Movement,” with the sole aim of providing citizens with healthy and hygienic food. The FSSAI has become stricter than ever before and is keeping a close check on the hygiene of restaurants, and shutting down restaurants and street food vendors who are non-compliant with the FSSAI guidelines.

As a part of the ‘Eat Right’ initiative, earlier this year in July, the FSSAI had ordered online food aggregators to delist all the unlicensed and unregistered restaurants from their websites by 30th September. The food aggregators were also instructed by the FSSAI to directly send them the list of defaulters so they could take the necessary actions.

Following this, Zomato delisted 2500 restaurants, Swiggy 4000, UberEats 2000 and Foodpanda 1800 restaurants on their website.

Several incidents have come up of restaurants on the e-commerce food websites having unsanitary conditions, which has pointed fingers on the online food aggregators as well. Earlier, a video had emerged of a delivery kitchen with questionable hygiene standards that had been listed on a food delivery app. The video generated a lot of flak for the restaurant as well as the food delivery app for onboarding a restaurant with poor health and hygiene standards.

This move by the FSSAI came as a wake-up call for the restaurants and the online food aggregators alike.

Zomato’s founder and CEO Deepinder Goyal told The Times of India, “It is all about taking the right call at the end of the day because the well being of our users matters immensely to us.” He also mentioned that as and when the restaurant owners provide them with the FSSAI certification they would happily enable the online delivery option for those restaurants.

In an attempt to promote healthy eating, Zomato has also come up with a special categorization, rather “collection,” as they call it of the most hygienic places to dine in or to order food from. Not only for the restaurants, but FSSAI’s Eat Right Movement also applies to the street food vendors as well. There has been an ongoing debate about the health and hygiene standards of the food sold by street food vendors for years now. To solve this problem, FSSAI identified one hundred and forty-four street food clusters that were closely monitored with the help of state authorities and the ones found abiding the health and hygiene norms were provided with a “Clean Street Food Hub” certificate.

One such example is of Ahmedabad’s Kankaria Lake area, which became India’s first clean street food hub with over sixty-six vendors. A plaque with FSSAI’s certification is displayed here which gives assurance to hundreds of people who come to grab a bite here.

FSSAI plans to run several workshops and teach vendors about maintaining personal and food hygiene. They plan to distribute aprons and gloves as a part of this movement. This initiative brings better business to the vendors as well, as customers prefer to eat at food joints that are FSSAI certified.

Considering the importance of maintaining the health and hygiene standards at restaurants and food outlets, here is a checklist for you to make sure that your restaurant is FSSAI guidelines compliant.