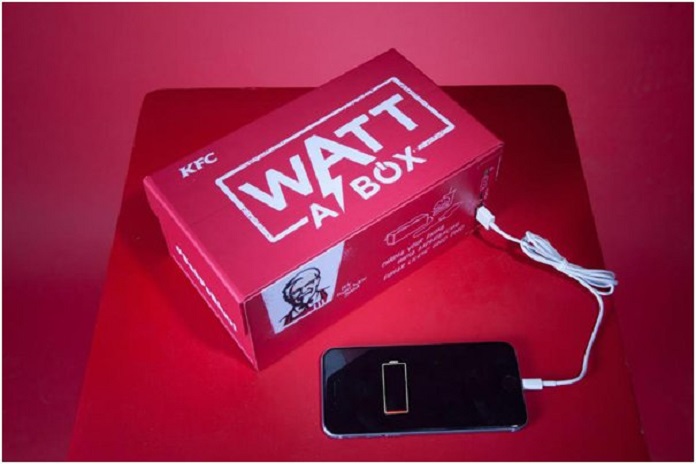 KFC’s delicious food has long since fed hungry customers and provided them with a finger-licking experience, but now these meal boxes will feed their mobile phones too!

KFC has recently introduced a new 5 in 1 meal box called Watt a Box which has a built-in 6,1000mAh power bank, and two USB-ports that can charge Android smartphones as well as iPhones.

The box is currently available at select stores in Mumbai and Delhi. Watt a Boxes are given to the lucky people who get selected through KFC India’s Facebook Page contest. 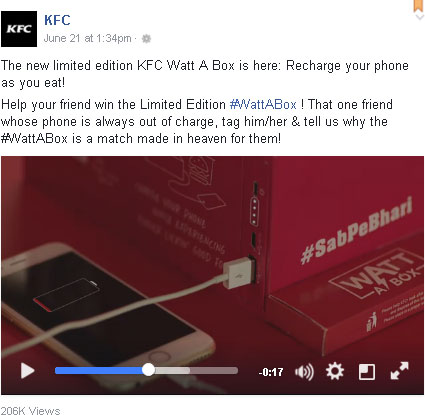 “We launched the 5-in-1 Meal Box in March this year with the objective of providing an abundant complete meal and at an affordable price for our customers. With the launch of Watt a Box, we have gone a step ahead and also introduced an element of utility into the box. Each one of us spends a considerable time on our smartphones daily, and the phone battery going dead is almost like a nightmare! No longer is that the case, with the Watt a Box around”. Said Lluis Ribot, CMO KFC India.

Earlier this year, KFC had partnered with the local Dabbawallas in Mumbai as a marketing strategy. Read the full story here.