Home Trending All You Need to Know About the GST Bill and How It... 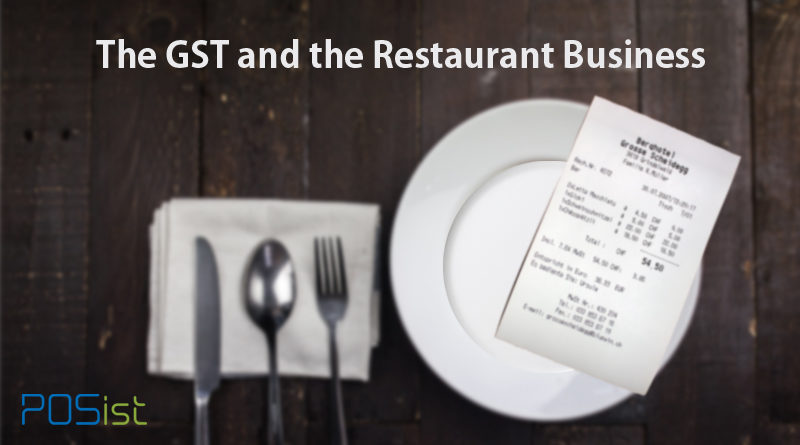 The Goods and Services Tax which proposes to replace at least 17 federal and state indirect taxes is all set to be implemented from 1st July 2017. The GST Bill is being anticipated eagerly by all, as it spells good news for the consumers as well as the manufacturers and service providers alike. Talking about the Restaurant Industry specifically, the GST is expected to transform the business positively by bringing down the overall tax and smoothen the entire taxation process.

Let us consider in detail, the need for GST Bill in the current scenario, the challenges, and the impact of the GST bill on the restaurant business.

What is the GST Bill?

The Goods and Services Tax is a one tax regime that would get rid of all the other Federal and State Taxes.  A four-tier tax structure has been finalized by the GST Council where taxes will be levied at 5, 12, 18, and 28%. Essential items including food, which constitutes about half of the consumer inflation basket as well as major foodgrains have been exempted from the GST and will be taxed at zero rates. The lowest slab of 5% tax will be applicable only on common use goods, while the highest slab tax of 28% will be levied on luxury goods such as aerated drinks and tobacco.

The Restaurant Industry is currently burdened with a host of taxes at each and every point- right from the purchase of the raw materials to the sales of finished items. Multiple taxes, in turn, charged from the customers at the final bill is a huge turnoff for the customers and plays a major role in turning them away.

Multiple levels of indirect taxes at the Central Level, State Level, and additional Excise and Customs Duties provide major hiccups in the smooth functioning of the business.

Frequent changes in the law and multiple registrations required to open a new restaurant business can be mind-boggling, especially to first –time restaurant owners. The lack of clarity in the law often leads to classification and rate disputes, thus leading to confusion. This is the primary reason why most restaurants often fail to get the right licenses and operate without the proper legal procedure.

The registration for the GST is also a simple process, compared to the current scenario. The government has also promised to provide the technical support to businesses to adhere to the GST regime. Assistance in implementation and post-implementation support has been promised by the government.

Since all procurement and expenses would be uploaded, there would be more transparency in the business. Gross profit would be automatically computed. Restaurant businesses can file for VAT returns as well.

Impact on the Restaurant Business

The implementation of the GST bill, although will spell overall good news for the restaurant business, it will not result in all gains. Earlier, there was an apprehension regarding the impact of the GST bill on QSRs and Cloud-kitchens, as they were all speculated to be taxed at the same rate as the restaurants. However, the new GST rate structure seems to have a positive impact on small restaurants and QSRs but will hamper the 5-star restaurants and hotels.

Bakeries are likely to be most profited from the GST since the current VAT structure ranges between 26.5% to a whopping 39%. The reduction in the overall cost would be a welcome respite for the bakers as well as the customers.

On Food Served- The food that is served in restaurants will be exempted from the dual levying of taxes. Currently, the effective Tax (including a 6% Service Tax and 14.5% VAT) comes to a total of 20.5%.

On Procurement of Capital Goods– Currently, the Capital Goods are procured at a VAT of 14.5%. The GST would be levied at 18%, leading to a rise in costs. This paints a grim picture of the new restaurants and food businesses that would have to purchase the Kitchen Equipment and other Capital Goods.

On Purchase of Raw Materials- The GST would not have any impact on the raw materials and the Food Costs of restaurants as agricultural products procured straight from the farm were exempted from the VAT and would continue to remain so under the GST. The semi-purchased food was earlier charged at 5% VAT and would remain the same at 5% GST.

On Five-star Restaurants and Hotels- The high-end restaurants and five-star properties would be charged a Luxury Tax of a whopping 28%. This comes as a major blow to the posh restaurants as customers are likely to be deterred from eating out in such establishments.

On Complimentary Offers- Currently, complimentary offers are exempted from the VAT. GST may be levied, thus increasing the costs.

On Liquor- Liquor is essentially imported from outside and falls under the State Tax and Excise. Thus liquor is outside of GST.  The State-wise VAT and Excise Duty would still be applicable, and the current Tax rate may continue. In light of the GST, the price of the liquor is likely to shoot up.

Update: Under the new GST rates announced by the Finance Minister Arun Jaitley, both the AC as well as the Non-AC restaurants will be charged 5% GST rate. Read the full story here.

Stay tuned to The Restaurant Times for more updates on the GST Bill and its implementation.

Union Budget 2018 Falls Short On The Expectations Of The Food...