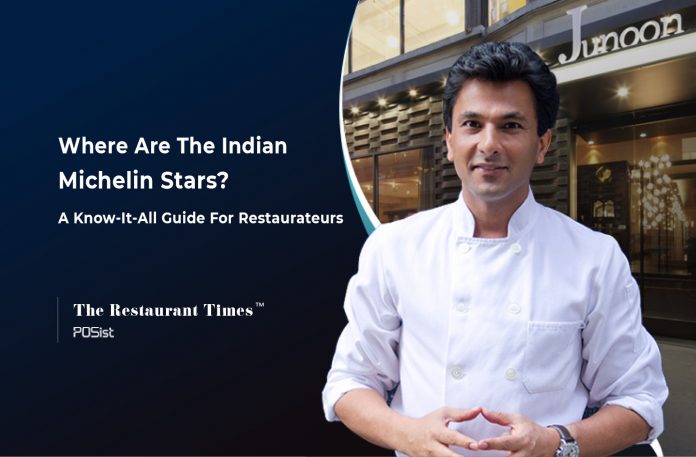 Millennials are extremely particular about what they eat and when. Dining out is no longer limited to just once a week. Before choosing where to dine out, people like to check the restaurant’s ambiance, the quality of food there, recommendations on what to eat, so on and so forth. Even after extensive research before dining out, customers are mostly disappointed. Having a universal method to judge the quality of food is, therefore, a great way to prevent dissatisfaction. Michelin Stars are part of an internationally recognized restaurant rating system, that is used to grade the level of service quality of the best-known restaurants around the world.

Curious About The Michelin Guide?

A Brief History Of The Michelin Star

Originated in France, Michelin star ratings were first published in 1900, as a feature in the Michelin Guide, by Andre and Edouard Michelin -the founders of Michelin tire company. The two brothers started the company in 1889, with an idea to help the then limited number of drivers to make more journeys, and hence buy more tires. The guide had a comprehensive list of motorists which included information on where to find the best meals while touring. As the business grew, the guide became more popular because of its dining element.

The high demand led the Michelins to set up a team of inspectors to visit and rate restaurants on a 3-category basis. The same rating system still exists today. As per the Michelin guide, one star is given to a “very good restaurant”, two stars are for “excellent cooking that is worth a detour”, and three stars are awarded to restaurants with “exceptional cuisine that is worth a special journey.”

With time, some people have also started considering the Michelin Guide as the bible of all dining guides!

A single Michelin Star handed over to a restaurant in India, can make it an instant hit. Currently, the Michelin grading system is active in 30 territories and on three continents. From Europe to America, and now with it spreading to Asia, people are all wondering if restaurants in India could also get Michelin Stars someday. In total, there are about 121 restaurants that have been awarded 3 Michelin stars, 29 of which are in Tokyo, 27 in France, and 14 in the USA.

As of now, India does not have a Michelin guide and thereby does not have any Michelin star restaurants as well. However, India’s neighboring countries such as Singapore, Hong Kong, and Thailand, all have Michelin Guides.

With the changing expectations from Indian food, more chefs and restaurateurs are trying to cater to the shift. Quite recently in March 2019, the world witnessed the first Indian restaurant in Singapore receive a Michelin star. Opened back in 2006, The Song Of India is now one of the most iconic places to dine out in Singapore.

Even though India does not have a Michelin guide yet, there are many restaurants and Indian chefs who have been awarded these stars, all across the globe. A one-star restaurant from Bangkok is named eponymously, after its founder, Chef Gaggan Anand, while Chef Garima Arora of GAA in Bangkok also has a one-star at her restaurant, and another one called Junoon, New York is looked after by Vikas Khanna. Unlike the actual stars in the sky, Michelin stars are not permanent. This is to say that these stars are not bound to stay in the hands of a chef once they are awarded to them. A chef/restaurant could get a star, and lose it the next year. Similarly, restaurants can also get demoted in the number of stars they hold. At the end of the day, it’s the quality of their food and service that matters to the Inspectors, and the restaurant can also lose or gain the Michelin stars.

Are All Michelin Star Restaurants Expensive?

The first criterion to get a Michelin star is to ensure that you have a fine dining restaurant. Having said that, it isn’t necessary for these restaurants to be expensive. The reason why these restaurants are a little on the expensive side is because of the heavily-priced ingredients and the supreme hospitality they provide to their guests.

What About Michelin Inspectors?

Now, to assess a restaurant, an inspector has to visit the same place, at least 2-3 times. This is done so that he/she has a taste of all the bestsellers of that restaurant, and also to see whether or not the restaurant serves the same quality of food consistently.

All in all, it’s pretty fascinating to see how the Michelins are focusing on Asia recently. During your wait for them to have a look at Indian cuisine, you can try getting some inspiration from the already starred restaurants of the world and assess if you’re ready to achieve the next level!