Anahita Dhondy owes her interest in the kitchen to her mother, who had been catering Parsi food for 25 years, which naturally led her to this passion for cooking. “As a kid, I used to bother my mother with all my queries. Later on, I happily realized my growing attraction to this profession of being a chef, breaking free from the apprehensions of pursuing a career in a male-dominated industry’, says Dhondy. She pursued her culinary dream by enrolling into IIH-Aurangabad, passed with honors in Culinary Arts, and went on to acquire a Grande Diplome from Le Cordon Bleu, London.

Dhondy is the Chef Partner of the popular restaurant SodaBottleOpenerWala, and has brought the delectable flavors of Parsi food in the popular menu. She is also the youngest female chef in Delhi.

In Conversation With Anahita N. Dhondy Of SodaBottleOpenerWala

In a candid conversation with The Restaurant Times, Dhondy accepts the fact quite gracefully that the restaurant and food industry is a male-dominated space, but she has taken it quite individually to tell the budding young female chefs to be prepared to flex their muscles and pull up their socks. For Dhondy, more than acceptance and appreciation, she classifies the vigor of personality that she has acquired as the real advantage of being a Chef.

Anahita Dhondy after finishing her course at IHM Aurangabad, worked in four distinguished hotels in three different cities before she took off to fish her dreams to achieve the Le Grand Diplome from Le Cordon Bleu. ‘I loved London, but I missed my mum’s food, so I would end up cooking a lot at my apartment there. That’s when I realized that I wanted to do something with Parsi and Indian food. That’s also when I met Chef Sabyasachi Gorai, who at the time was the head chef at Olive Bar & Kitchen in Mehrauli.’ When she returned after fulfilling all she wanted, her talents and passion got her a homecoming as she attained the opportunity of being a part of a distinguished restaurant chain SodaBottleOpenerWala.

Dhondy’s Parsi food has been with the brand since its inception. Dhondy has been one of the primary chefs behind the remarkable dishes in the menu of SodaBottleOpenerWala. She has grown with the brand and now heads the entire business operations of SodaBottleOpenerWala. She continues to be deeply involved in the kitchen operations of Gurgaon, Delhi, and Bangalore.

Born into one of the most exclusive and individual turfs of India and around the world, little did Dhondy know that her Parsi constructive personality will get her to this situation, where she becomes the representative of one of the most affluent restaurant chains in the country.

According to Dhondy, Parsi food is a blend of Iranian flavors and ingredients. It also has elements of Gujarati and Marathi food and even a prominent imprint of the British flavors.

‘When we brought out the Parsi flavors in 2013 with SodaBottleOpenerWala, there was a certain segment of the crowd who certainly did not understand the approach and taste of Iranian flavors, and we had to explain them every time. In the beginning, we had a lot of people who would call me out and ask me about the dishes on the menu, especially those that had proper Gujarati names. They were anxious and also excited about trying new dishes. But with time, Parsi food has received popularity and acceptance, and obviously, it is wonderful to see such acceptance and approval’, says Dhondy. 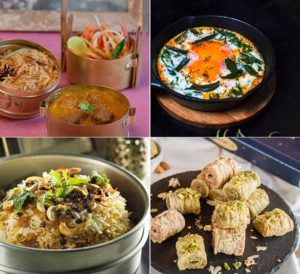 The Concept Of Head-To-Tail System Of Cooking

Head to tail or root system is a traditional concept but has started to be accepted and implemented lately. According to Dhondy, head to tail practice is especially used in cooking meat where no part of the chicken gets wasted, even the bones, ribs, and neck of the chicken is efficiently used.

Similarly, root system cooking is used for vegetables, where no part of a plant or fruit goes to waste. People generally lay off the tops of beetroots or carrots, and they don’t use the leaves and throw them away. People don’t use the stems of cabbage or broccoli for that matter. The leaves, stems, and skins of vegetables have their unique tastes and textures.

‘I am part of The Chef’s Manifesto (a worldwide movement under the SDG2 Advocacy Hub) where 16 chefs from 13 countries launched their action plan at the EAT Stockholm Food Forum (in June) for a better food system for all. I make sure that more people realize that we should try and use the whole vegetable and leftovers’, says Dhondy. 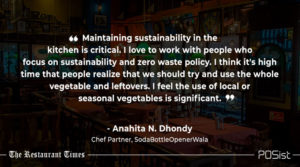 According to Dhondy, travel is one of the most significant leverage one can ever get. Traveling is the best part about being a Chef; every time we explore a new place it brings with it different kinds of ingredients and spices. The style of cooking outside and in India is different but yet somehow the same. Lots of flavors that are not seen here are found in abundance outside India. Especially when we talk of fish, there is a vast variety of fish and shellfish found outside,’ says Dhondy.

Cities like London and Singapore have every cuisine available and at enough restaurants to choose from. Not only cooking but also plating, decor, service standard, there’s so much to learn from. Street food stalls is another crucial aspect, as unlike Indian street food, street food outside is made in a very healthy way with the use of healthy raw ingredients. Salads of various kinds are primarily seen in the streets and above all the presentation of food is par excellence.

But despite all this, Dhondy adds that the India spices can never be defeated and as Indian chefs and Indian citizens we should always be promoting this and with travel the understanding increases.

Food Presentation Is Essential, But Flavor Is The King

Mouth-watering clusters of dishes on a restaurant menu will attract the attention of customers, but it is also vital for food to be presented to guests in the best way. The presentation of the food that is delivered to the patrons can appeal them towards certain meals and will alter their food choices according to what a brand wants to sell.

According to Dhondy, food presentation is about plating and putting the ingredients appropriately. It is essential to make sure that the plate is not overcrowded, and also it is vital to keep it as simple as possible by focusing on one ingredient at a time, which should usually be the protein. Find a principle point to ensures that the accompanying components play the perfect equivalent or say supporting role.

However, while food presentation is important, the taste and flavor always come first. People will go back to a restaurant because of the taste. ‘I use social media to share knowledge and ideas. If I like something I love to share it with people on social media, I tell them to visit that place. Social media depends on how people use it, and for me, it’s about sharing ideas and helping out in whatever way I can’, says Dhondy. 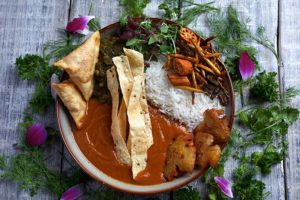 Healthy eating is an upcoming trend and millets is one of them. ‘I am promoting Millets left, right and center. I feel the world’s been taken over by quinoa, but our grains like bajra, amaranth and so many more are the most sustainable products. I don’t know if they will create an impact or not, but I am trying to promote and focus on one ingredient every month.

According to Dhondy, using traditional Indian grains and alternating wheat and rice with millets will trend this year. Also, seasonal, regional and sustainable local produce will be the prime highlight.

Dhondy forecasts that regional cuisine, seasonal fruit, chefs concentrating on healthier and hygienic menus, more guest-and-chef conversations, and farmer conversations is imminent and also essential. It’s like the farm-to-fork concept. If the Chef interacts with the farmer, he will be aware of what grows in what season and plans the menu appropriately. In India, that chain has not yet built up, but the chefs in India are now working on it diligently.

Dhondy concludes saying that ‘my cooking doctrine is that at the end of the day the dish must be delicious. Flavor is always the king, the presentation is important, but flavor wins over everything. A dish should have the right set of taste, something that creates a memory in itself. The presentation will edge your name in the minds of customers, but the taste will always bring them back to you.’

The New Era of Restaurant Franchising In The New Normal