As the 30th September deadline to the Income Declaration Scheme (IDS) is nearing, the Income Tax Department is leaving no stone unturned to make the IDS a success. The income tax department made their presence felt to many roadside restaurants and small businesses, much to the surprise of their owners, as most of them were dealing with an Income Tax Officer for the first time in their lives.

While Ahmedabad witnessed over 100 raids conducted, about 50 vendors were raided in Mumbai which included many famous eateries as well. Many well-known shops in New Delhi and Kolkata were raided as well and owners in all these cities were told to announce their black money under the scheme.

The income tax department has been working hard for the past 6 months to make this scheme a success and has generated information on almost 1 lakh small shopkeepers and businessmen which might be involved in tax evasion.

It is believed that the Income Tax officials may have seized almost Rs 2 crore during these raids. It is also expected that the officials might pilot more raids till 30th September, the number of raids going as high as 1000. On 19th September, almost 400 hundred officials scattered around KhauGali in Mumbai to question businesses and restaurant owners.

Many shops in other parts of Mumbai and in New Delhi and Kolkata were raided simultaneously to check for any defaulters. It is speculated that almost 20 raids are to be directed every day. Apart from restaurants and small eateries, the officials are questioning penny stock brokers and real estate developers as well and asking them to declare their earnings before the deadline.

The Impact Of Beer Ban On Restaurants In Delhi 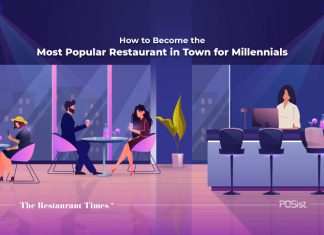 7 Hacks To Market Your Restaurant To Millennials

December 17, 2019
According to research, the newer generation, popularly known as Millennials, or Gen Y contribute to almost one-third of the average restaurant’s revenue. Aged between...

Flaunt your Style with the Right Crockery!

5 Ways To Master Revenue Management At Your Restaurant

Government Waives Service Tax For Payments Made Under Rs 2000