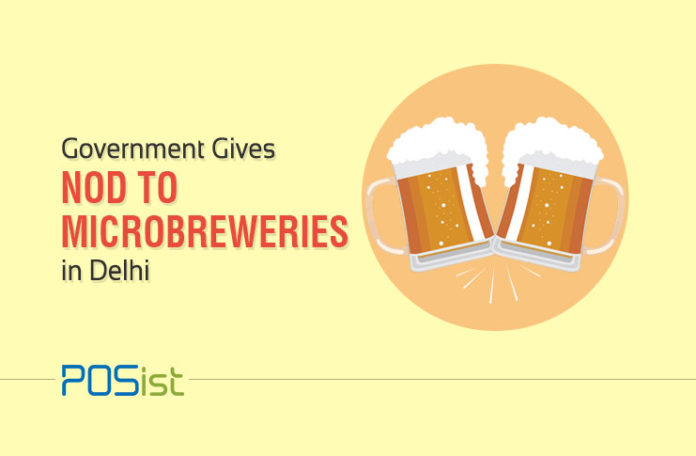 Good news for beer enthusiasts as the government finally allows microbreweries to open in the country capital. The government had given a go-ahead to microbreweries in Delhi three years ago, however, there were a few technical hurdles that had led to a  delay in the implementation of the decision. A microbrewery is smaller than a commercial brewery, known for producing fresh beer. New age microbreweries focus on flavour, quality, and innovation to attract customers. Read in detail what it takes to open a microbrewery here.

It has been decided that microbreweries will no longer come under the ‘prohibited’ category as per the Delhi Development Authority’s Masterplan 2021. Currently, microbreweries are considered ‘liquor-making plants’ which are banned in Delhi.

‘Units of up to 500-litre capacity will be set up and the assessment of the possibility of the pollution due to residues has been done.’ Said Excise Commissioner Amjad Tak.

According to ex-president NRAI Riyaz Amlani, the market for microbreweries in Delhi is worth around Rs 10,000 crores.

“Setting up a brewery is expensive and requires a space of not less than 1,000 sq metres. Hence, to set-up one, a lot of planning is required. Investors will only come when the Excise department starts the process of issuing licenses,” Amlani said.

Lately, there has been a significant rise in the demand for the Craft beer. Customers get to enjoy a freshly brewed beer without any additives. Also, a pitcher of craft beer is cheaper than a bottle.

However, this delay in implementation of the decision has already led businesses to shift to the NCR. There are a number of microbreweries that are flourishing in Gurgaon and Faridabad. Haryana is one of the first states to allow microbreweries and thus, Gurgaon has already emerged as a hub, with more than 25 thriving microbreweries.

Liquor License Application Made Easier By The Excise Department