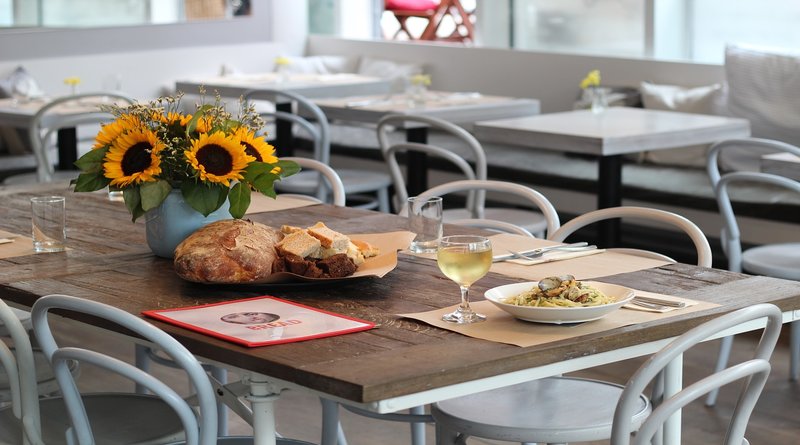 The restaurant industry seems to be on loggerhead with the government since ages. Just when the entire media and the people concerned started celebrating the distinct possibility of the GST rate to be reduced to 12%, instead of levying 12% for Non-AC restaurants and 18% for AC restaurants, an important point came to the forefront. While trying to remodel the GST ground rules, they missed the extensive side effects which the five-member Group of Ministers set up by the GST Council noticed after its last meeting on October 6th.

GST Rate Reduction to Include Withdrawal of Input Tax Credit

The Group of Ministers consists of Bihar Deputy Chief Minister Sushil Kumar Modi, the Finance Minister of Assam: Hemanta Biswa Sarma, Jammu & Kashmir: Haseeb Drabu, and Punjab: Manpreet Singh Badal and the Chhattisgarh Commercial Tax Minister Amar Aggarwal. The GoM will be having its next meeting on the 29th of October where they will be considering the GST Council’s proposal that the rate reduction should be carried on simultaneously with the withdrawal of the Input Tax Credits.

The GST Council believes that the restaurants are not passing the benefits of the new regime to the customers; hence they are not eligible for Input Tax Credits (ITCs).

While both the restaurants as well as consumers had rejoiced at the proposed news of reduction of GST rate; the withdrawal of the ITCs is expected to create a precarious situation in the restaurant sector.

Riyaaz  Amlani, the President of NRAI, also showed concern on the matter. He went on to say, that the withdrawal of ITC will raise the operating cost especially of standalone outlets by 7-10%. On the contrary, it is the 5-star hotels who are not much affected. These hotels don’t have to pay rents and housekeeping, while other support services are available to them in-house. This explains the lackadaisical response of the luxury hotels on the move, for they would gain more and lose very little from the withdrawal of the ITCs.

Amlani even went on to say that only 30% of the suppliers have been able to register themselves for GST, which means that there is no ITC claimed for a majority of the purchases that are done by the restaurants. Not to forget that the prices of a few critical items have gone up in this new regime, hence if ITCs are withdrawn then the cost of running restaurants will go up, which will reflect in the higher prices on the menu for the customers. In addition to this, one cannot deny that the restaurants are trying hard to cope up with the increasing prices of the HLP (Heat, Light and Power), which is coupled with the higher wages and intense competition in the market, hence they are left with no other option but to quote unrealistic prices on several occasions.

This seems to be a very dicey phase of the restaurant sector. And if by chance the withdrawal of the ITC is approved and a green signal is given, then it will become a law when the next GST council meets on 9th November. This change is again expected to bring a host of new troubles for the restaurants.

The Impact Of Beer Ban On Restaurants In Delhi

Toss Up Between QSR And Casual Dine: Which Restaurant Format Wins?

February 28, 2020
Based on the kind of food they serve, the seating arrangement and so on, restaurants can have multiple formats. According to NRAI foodservice report...

10 Proven Strategies To Accelerate The Growth Of Your Restaurant

5 Tried And Tested Restaurant Upselling Strategies For Restaurants In Singapore

Government to Ask Restaurants to Specify Portion Size, not Fix It.