The year 2016 has been a mixed bag of ups and downs for the Food Service Industry. With demonetization striking the restaurant business pretty hard, the year was nothing short of twists and turns, plus abrupt policy changes hurting the overall growth. Demonetization led to almost 40 percent decline in the daily sales in the first few weeks itself. The unorganized sector and the takeaway and delivery restaurants were the worst hit. Especially the restaurants in Tier-I and Tier-II cities with lower ticket size had to bear the brunt of the cashless revolution.

Also Read: How To Beat The Demonetization Effect And Maintain The Footfall At Your Restaurant

As per the reports, Indian Hospitality and Tourism contribute $47 billion, which is 7.5 percent of the total GDP of the country. Further, it is expected to grow at a rate of 7.2% on a yearly basis, and touch the target revenue of $160.2 billion in the next ten years.

Being an integral part of the hospitality industry, the restaurant business is a major employer, creating as many as 10.49 million jobs in next 3-5 years. Considering this, the government should support the restaurant business on various aspects such as infrastructure, uniform taxation, single-window clearance, and lower the GST rates at the time of implementation.

Let us see what the restaurant industry veterans have to speak on 2017 Union Budget Expectations.

Implementation of the GST would not only lower the tax rate and hence boost the overall customer expenditure, but the uniform taxation would also help restaurant owners to expand their business better. Union Budget 2017 would hopefully have a positive impact on the Restaurant Industry, feels Ashish Tulsian, CEO, and Co-founder of Posist, a Complete Restaurant Technology Platform. An owner of a QSR shared that consumers also shy away from paying VAT. “People just don’t want to pay extra–be it VAT or service charge, apart from the menu price of the dishes. We are just hoping the lower GST rate is implemented faster so that our customers don’t run away.” said Lokesh Gupta, Owner, Delhicious Foods & Caters.

Also Read: What The GST Rate Structure Means For The Restaurant Industry

While everyone has high expectations from the GST, Ishan Grover of RJ Brewing Solutions is hoping that the Budget would help increase the disposable income of the middle class, and thus boost the consumer spending. 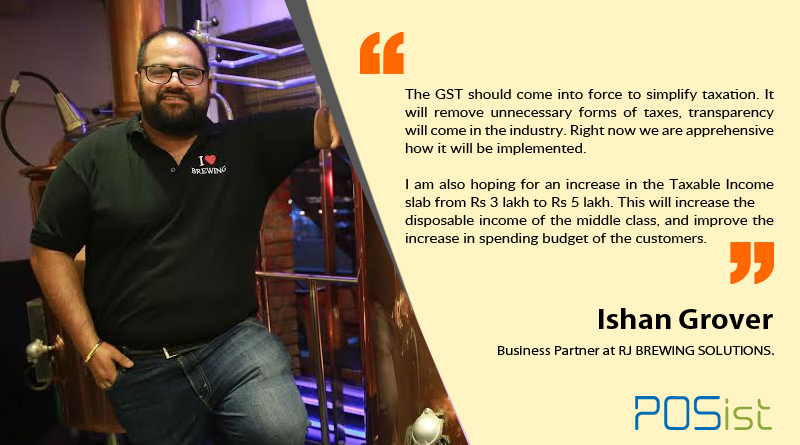 The recent removal or giving the customer a choice for not paying the Service Charge has given some impetus and confidence in consumer spending. Umesh Kapoor of Zion Hospitality believes that the Restaurant Industry will see a boom as the customers would start spending more. 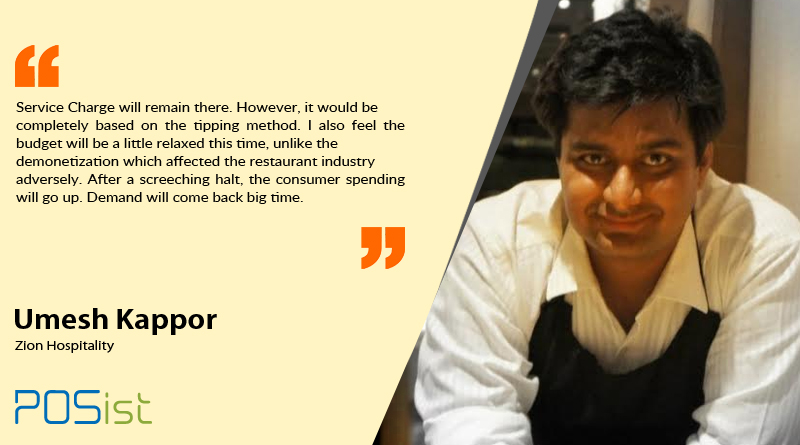 Rajneesh Gandhi of Chefs At Work has high hopes about the Service Tax. He is hoping for an overhaul in the Service Tax policy. Restaurants which do not serve alcohol, but provide the Air-Conditioning facility, should be exempted from the Service Tax, as it is an unnecessary hassle for both the customers as well as the restaurant owners. 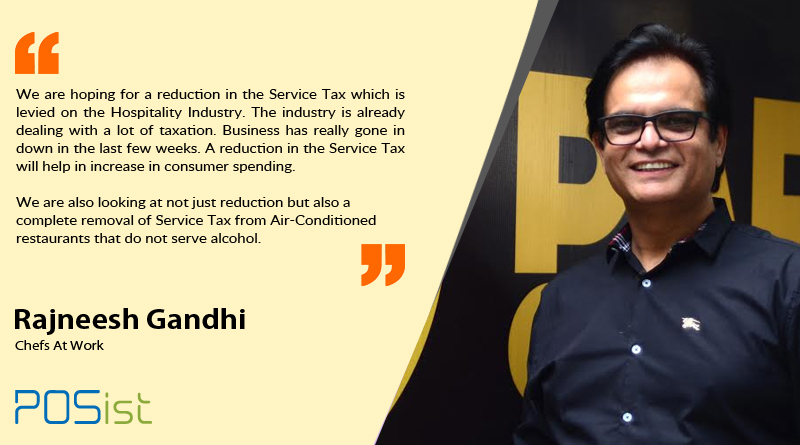 If sources are to be believed, the Government of India is also considering applying the Fat Tax on junk food. If Fat Tax were to be implemented in the Union Budget 2017, then it would turn out to be the biggest blow for the Food Service Industry.

The Union Budget 2017 will be announced on 1st February 2017. Keep watching this space for an elaborate piece on how the budget would impact the restaurant business.

Delhi Restaurants and Bars Would Be Able to Stay Open All...